O ne of the major reasons for Menzies’ trip to Britain was to impress upon the British the importance of reinforcing Singapore’s defences. Late in 1940 Australian and New Zealand officers met with British officers in Singapore to discuss the precarious state of Far Eastern defences in the light of Japan’s southward advancement through Indo-China. The meeting agreed: there were serious deficiencies in Singapore’s military, air and naval strength. Churchill dismissed the idea that Singapore would succumb to a land-based attack; Menzies wanted to visit Churchill personally to discuss the matter.

After reaching Darwin on 26 January, Menzies flew to the Netherlands East Indies and Singapore. Discussions with government and military leaders in Singapore reinforced Menzies’ belief that the issue of Japanese aggression in the Far East must be taken seriously and urgently. 1 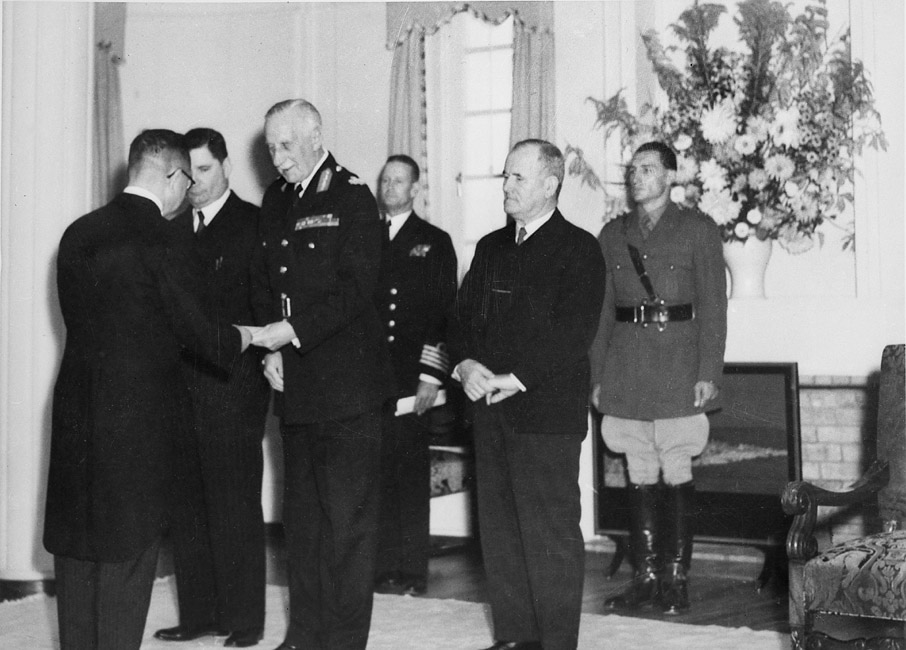 The new Japanese Minister to Australia, Mr Kawai, presents Letters of Credence to the Governor-General, Lord Gowrie on 14 March, 1941.

Several conclusions must be drawn from our talk after dinner:

We must as soon as possible tell Japan “where she gets off”. Appeasement is no good. The peg must be driven in somewhere.

Curious interview with British & Australian press. Some noodle thinks my speech 3 about the Pacific was “appeasement”.

What a perversion. What a tyranny over inferior minds words and phrases exercise! I must be careful not to say “Good day” to my neighbour. Our true policy vis á vis Japan is firmness & friendliness: the two are not inconsistent.

Curious interview with British & Australian press. Some noodle thinks my speech about the Pacific was appeasement. 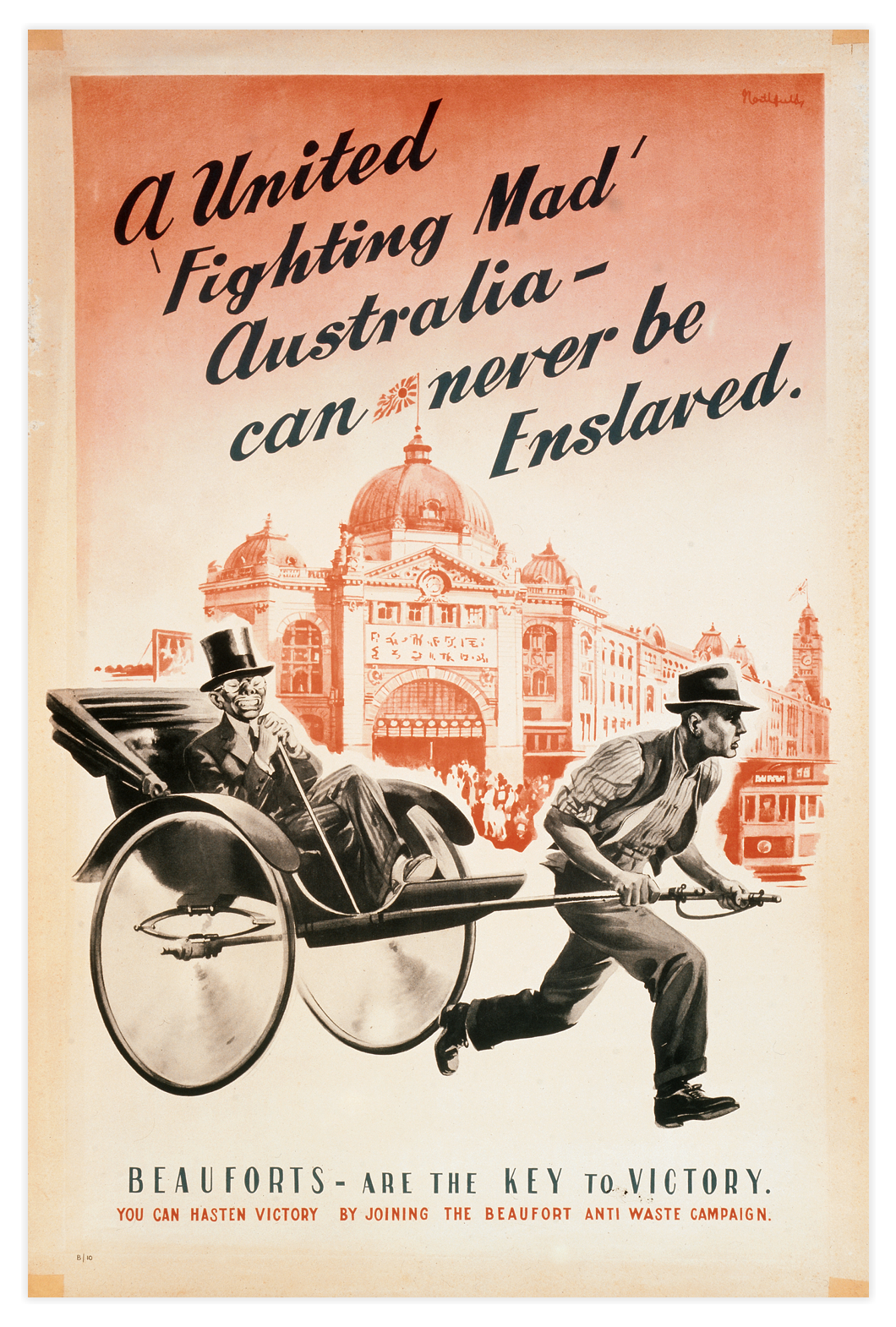 To the Admiralty, where A. V. Alexander 4 certainly impresses as knowing his Department thoroughly. I emphasise the uselessness of rhetorical phrases such as “cutting our losses in the Mediterranean and proceeding to your assistance”. A. V. agrees. They are to give me a realistic statement of—

(a) What ships can come East in the near future

(b) What ships could come East if war with Japan broke out.

The real truth, which we are all beginning to see, is that air reinforcement to Singapore and the Far East is the great deterrent (apart from USA) to Japan. The Jap is reported here a bad airman. Even on the naval side, the Second Sea Lord (Phillips) said British fleet would be happy to attack with only 60% of the Japanese force! The Japanese experience in China seems to point to a similar state of affairs in the Army!

The real truth...is that air reinforcement to Singapore and the Far East is the great deterrent (apart from USA) to Japan.

Roosevelt was in bed recovering from a touch of gastritis. He looks older and more tired, but my hour with him, with fair give and take of conversation, was most vigorous. He (and Hull) agreed that we all ought to tell Japan where she gets off, but each of them stops short of actually instructing the USA Ambassador to do so. But, I am left in no doubt (without words) that America will not stand by & see Australia attacked. I plead for reality about N.E.I. 4 and Singapore.

Don’t think Pacific will be denuded of USA naval forces.