I taly invaded Greece in October 1940 and was rapidly repulsed by the untrained and ill-equipped Greeks. Hitler came to his allies’ aid and applied his blitzkrieg tactics to bolster the wavering Italians and together they drove the Greek forces back. Menzies’ visit to Britain coincided with Britain’s decision to help Greece resist this Nazi aggression, and British troops were diverted from North Africa to assist with the defence. At this stage of the war resistance to the German military machine was futile and the British (mainly Australian and New Zealand) troops fought a heroic retreat over three hundred miles in the face of the Nazi onslaught. Miraculously, the majority of the British forces managed to escape from Greece via Pireaus, the Port of Athens. The army regrouped in Crete and dug in.

On 20 May 1941 tens of thousands of elite German paratroopers and some 1,300 aeroplanes launched a massive airborne invasion of Crete. Crete was defended by a group of about 43,000 Greek, New Zealand, Australian and British troops. After a week it was decided that so many German troops had been flown in that there was no way to defeat them, and about 17,000 Commonwealth soldiers were evacuated. More than 50,000 men got away and although some 14,000 were left behind, Alexander Cadogan, head of the Foreign Office, remarked that this was the one thing “we’re really good at.” 1 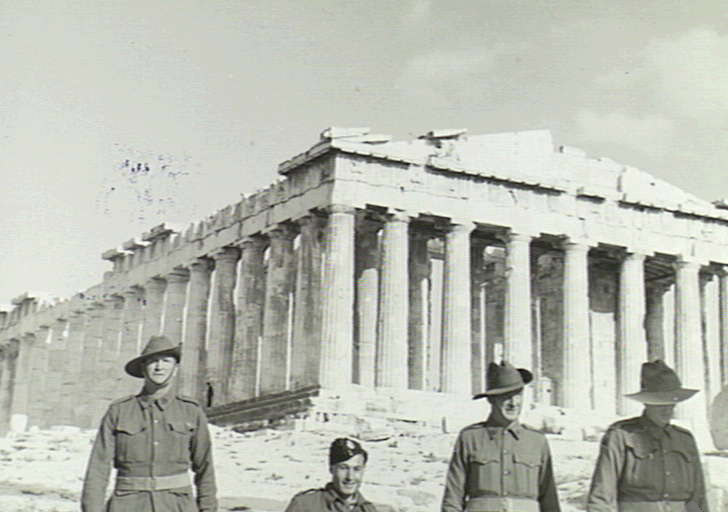 Men of the Corps guards with a Cypriot soldier of the British Royal Engineers at the Parthenon in Athens.

In afternoon, discuss the Greek adventure with Bruce 2 & Shedden. S and I both favour scheme with some misgiving—Bruce is more doubtful.

At 5 pm attend War Cabinet at Downing Street. It is decided to proceed subject of course to consent of Aust. Cabinet to use of Australian troops. Net view, the project has some reasonable chance of success; if it fails (says Winston) personnel can be got off; it is our only hope of influencing Turkey & Yugoslavia. We cannot afford to leave Greece in the lurch. Above all, American opinion will respond.

Whole matter was discussed in three quarters of an hour, and would have finished in ten minutes but for some queries raised by me regarding air support, problems of equipment, of shipping and of time.

At War Cabinet. Things have gone wrong in Libya 3. Wavell’s estimate of possible attack from Tripoli grossly falsified, and we are in danger of inadequate retreat & grave loss.

Wish my people in Australia would hang to central idea of helping Greece, and would not assume that I am not raising obvious points about equipment. 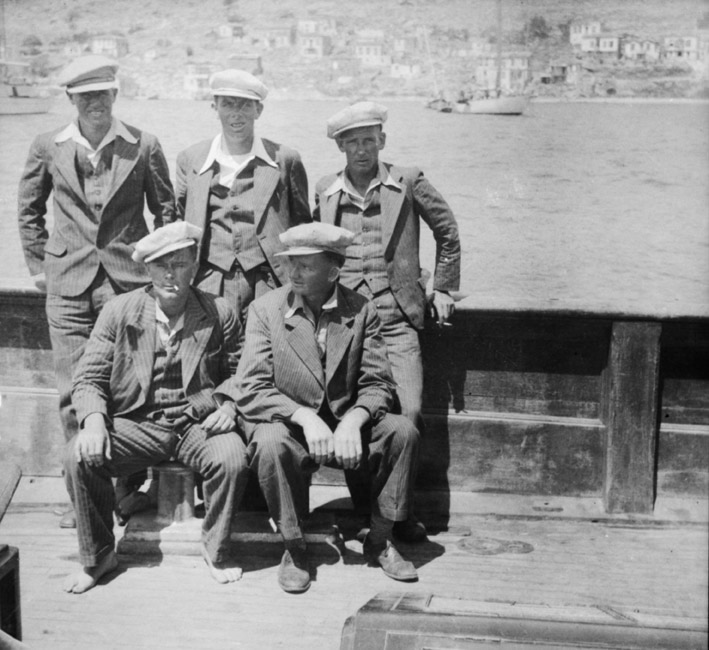 A group of Australians and New Zealanders who landed in Cyprus after escaping from Greece. Their civilian clothes were supplied by Greek officers on Mitilene Island. Photographer – Reginald Norman Blain.

To House of Commons, to hear Winston explain Libya, Greece and the Battle of the Atlantic. Not a good speech. He was earth-bound and hesitating, and failed to electrify the House.

But even then managed a good phrase “and then, the sword of retribution in our hands, we shall be after him!” He announces fall of Salonika & Massawa, both of which he had saved up for a day!!

...and then, the sword of retribution in our hands, we shall be after him!

Greece goes badly, but Tobruk, thanks to Australia, well. I must insist upon Australians getting proper commands, for I have more confidence in them than I have in Wavell & Co., whose gross miscalculations have brought us to this pass.

Long and frank talk with Dill 4, in which I take up question of Australian commands. (a) Blamey should be given a command, e.g. Western Desert, instead of some unknown Major General with a hyphen in his name. (b) Wavell’s staff shd contain a senior Australian officer.

Dill, who is agreeable, but I think lacks iron in the system, agrees, and I am hopeful. It would be some offset to the inevitable yelling of the yellow-bellies in Australia—thank God a minority, but noisy, and with access to the press.

Blamey should be given a command...instead of some unknown Major General with a hyphen in his name. 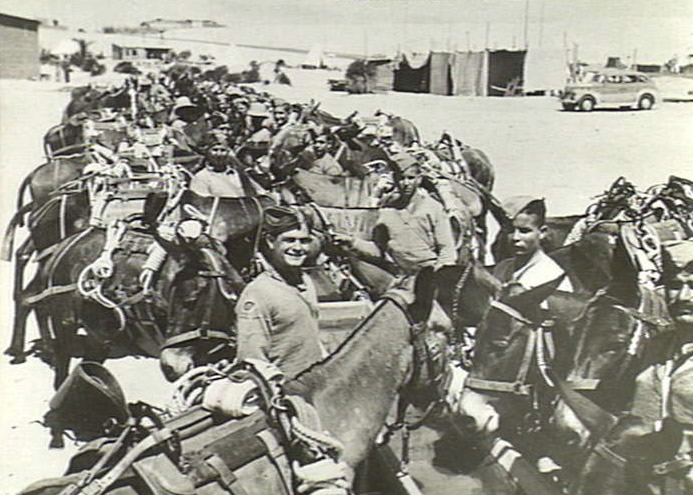 Pack mules of the Cyprus Regiment.

Little news from Greece, but 13,000 men got away to Crete on Friday night, and so there are hopes of a decent percentage of evacuation. It is a terrible anxiety.

War Cabinet. Winston says “We will lose only 5,000 in Greece”. We will in fact lose at least 15,000. W. is a great man, but he is more addicted to wishful thinking every day. Acute exchanges on news. I say that propaganda bad—best propaganda news, especially in Australia and U.S.A. But British Serviuces are against news. In the Greek campaign “our retirement is continuing”! But German High Command puts out half a column! 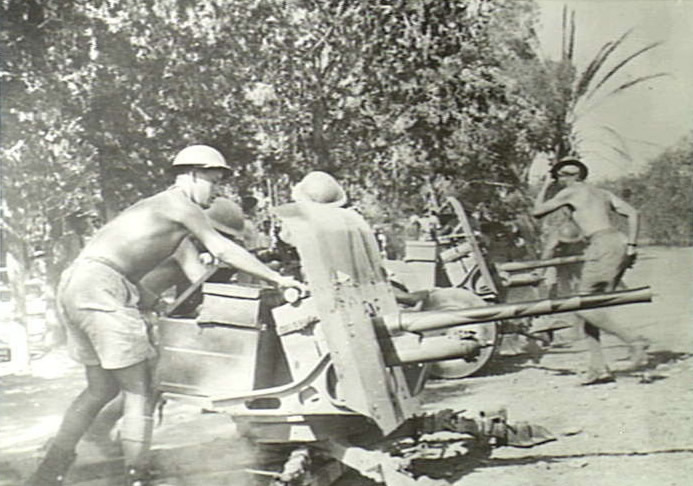